Grab your agenda, beacuse from wednesday the 6th till friday the 8th of november the International Bitcoin Conference Amsterdam will be taking place. This three day conference is all about Bitcoin, the future of Bitcoin and last but not least the so-called altcoins. The diverse topics will be adressed bij a wide range of speakers and there also will be panel discussions on the future of Bitcoin and taxation and regulation.


The role of Bitcoin in the traditional financial world will be discussed and light will also be shed on the role of the financial world in the latest financial crises. Also, do we want a “one size fits all” currency like Bitcoin or the Euro? or would it be better to have more competing currencies just like there were in Europe before the introduction of the Euro? In the past, when a nation didnt have its finances in order, the currency of that nation declined in value. This was a well functioning correction mechanism. Currently with the Euro a nation cannot take control of its own finances by devaluing its own currency.

The location of the conference, Science Park Amsterdam, is a very appropriate location for Bitcoin. In the nineties this was the location where the first form of digital money was developed.David Chaum, seen as the founder of the Cypherpunk-movement in the eighties, founder of the International Association for Cryptologic Research (IACR), inventor of many cryptografic protocols, and privacy friendly voting systems, anonymous communication systems (including mix networks which is the predecessor of the now widely used Tor) was the head of a cryptographic research department of the CWI. Here he had gotten the assignment from the Dutch government to do research for the so called “rekeningrijden” (a way to automatically tax all the users of the dutch highways per highway-usage). David Chaum quickly realised that his ideas for digital money could be used elsewhere and from here he started the spin-off called digicash. The first digital payment was made in 1994.
David chaums ideas onDigicash and blind signatures still live on in the current opensource software OpenCoin “anonymous digital cash”. Jan Suhr will be giving a presentation on this subject.

Click here for an overview of the attending speakers: http://bitcoinference.com/speakers.html

The following paneldiscussions will take place:
“The future of Bitcoin”, “Bitcoin, taxation and regulation” and “The rise of Bitcoin in the traditional financial world”.

Visitors get a discount if they pay withBitcoin, Litecoin etc. in advance.
Tickets can be aquired by getting in contact with the organisation or visiting: http://bitcoinference.com/tickets.html 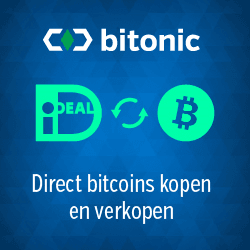